"My paintings deal with confrontation through absurd imagery. Absurdity serves as a catalyst questioning how conflict, in society and internally, affects the human condition on a daily basis. The employment of dark humor is a way to create unusual scenarios for the paintings that allow me to find ways to address conflict. My work becomes an interpreted space that act as stages where these absurdities play out and confront the viewer.

Questioning our existence is essential to developing our identity in the collective consciousness of what it is to be human. I feel that the strongest works of art are the pieces that force us to question rather that to give an answer. I say “force” due to a necessary device to wake us up out of our complacency, which I refer to as the “visual jolt”. The “visual jolt” is a term for the use of aesthetic choices that engage the viewer into the framework of confrontation using absurd imagery. Ultimately, the purpose is to allow the viewers to be confronted themselves at what they experience and come away with their own answers."

“Absurdity” is the theme of Rob Stack’s current show at the Hex Factory. One sweeping glance across his five featured paintings gives one an eyeful of women gleefully riding alligators, disconcerting views of house fires and vermin, and a self-portrait of the artist who has written “CENSORED” over his own mouth.

These oil paintings are realistic. They are not surreal in the same way Dorothea Tanning or Ernst are, because women smiling and riding alligators like horses (as seen in 'and there you go' and 'Falling away' both oil on canvas) could potentially exist somewhere out in the world, unlikely as it is. It is not fantasy, but it is surreal.

'and there you go' and 'Falling away', 'God's Children' and 'November 12' both oil on canvas, aren’t quite the same flavor of surrealism. Instead, they depict two scenes that are rather common and unsurprising, yet still rather tense and uncomfortable. A violent house fire visible from your own window in the middle of the night isn’t something exactly peculiar, but it delivers the same punch of disbelief that the scene of a woman riding an alligator does.

The odd one out within this collection is 'More Like Bronze', the self-portrait. It is the only piece to abandon realism and make use of more dramatic and emotional colors like stark white and blue. And yet the face and eyes are drawn with such realistic detail that it gives a similar “huh?” reaction. It fits into the “uncomfortable real life” theme enough to be shown next to the other pieces, but it is definitely the oddball, which makes it by far the most eye-catching and interesting.

"My sculptures are about the material and what it tells me to make of it. I study the raw piece by observing, touching and walking around it near and far. The materials, stone or wood begin in their found irregular form which is the beginning of seeing what's in it to free it from its prison."

A sculpture’s appeal is the material it is carved from, and the ability to transform it into something completely different. Nelson Perez’s sculpture show is no deviation from this fact. His eight sculptures featured in the show are carved from wood, stone, and marble , some small and others larger, yet they are so unmistakably unified in their roles as the puzzle pieces to the entirety of his show.

The wooden pieces, 'Seductive Lover,'and 'The Voices are Quiet' fit seamlessly against the stone 'Ecstasy', Swimmer','Mother in Law','Pregnant Athelete','Diver' and 'Uncle Juanito Fishing'. Each sculpture is smoothly and intricately cut, to the point where the only visible differences between them all are the figures they have manifested into. Yet it is 'Seductive Lover,'and 'The Voices are Quiet' that are the most eye-catching due to their sizes, which allows for a closer look at their smooth and sharp cuts. They are by far the stealers of the show, and my personal favorites.

Audrey Murten is a freelance writer from Park Slope, Brooklyn, NY, who has been around both Hexerei and Contemporary art since a child, she has also sold some her own Hex work to well known Folk Practitioners. Look for her latest book on literary criticism coming out this Fall. 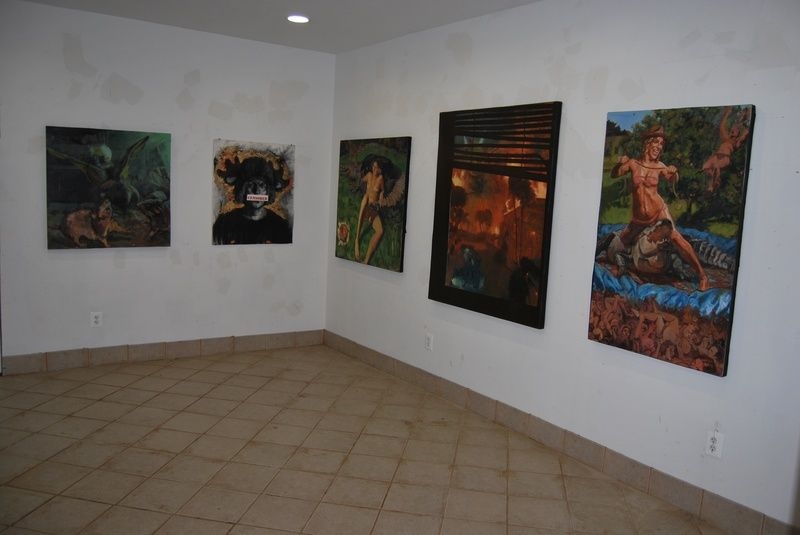 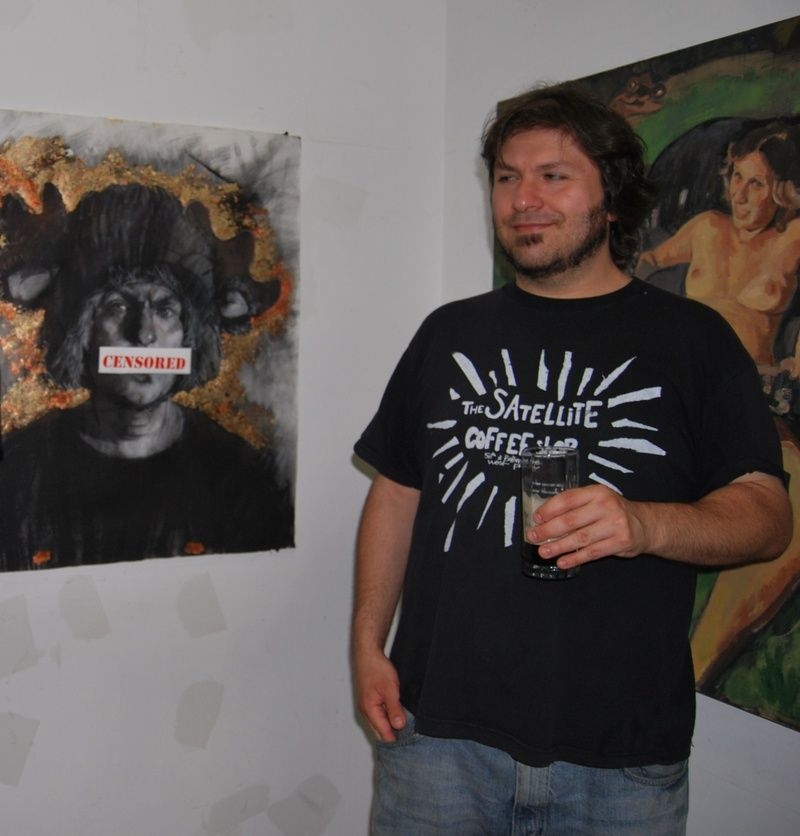 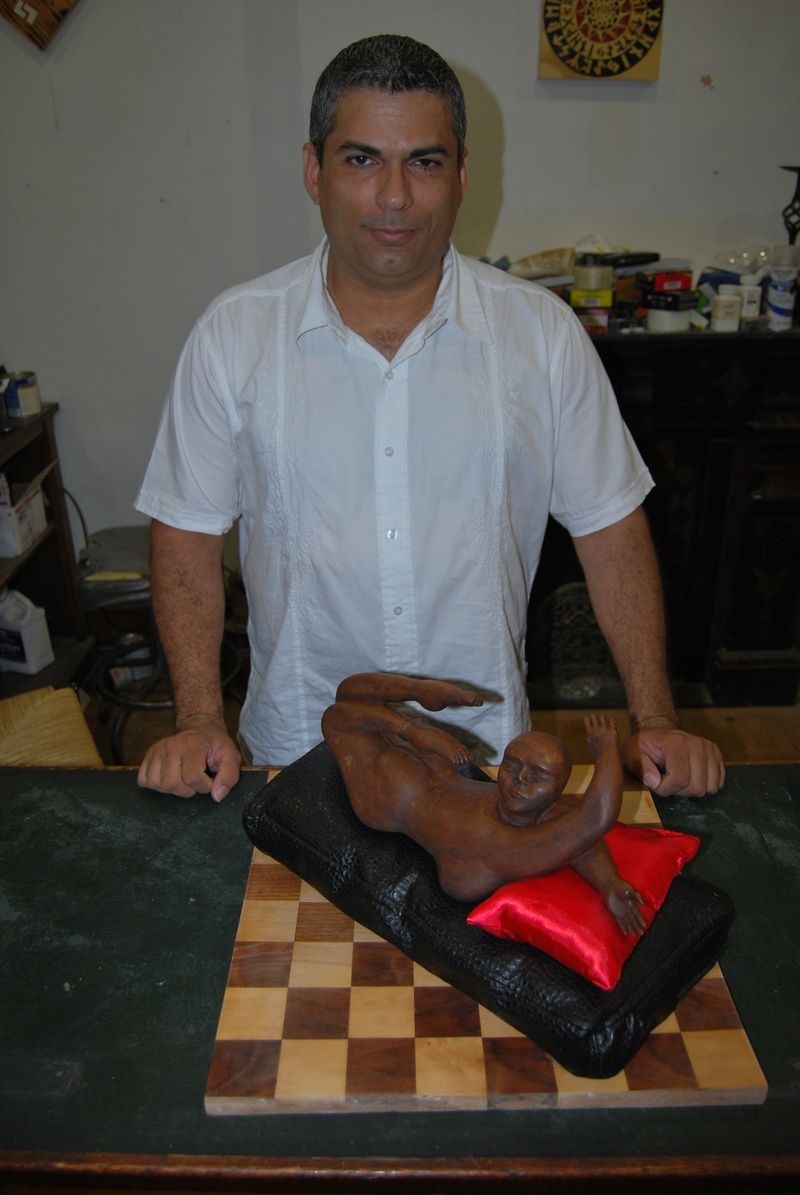 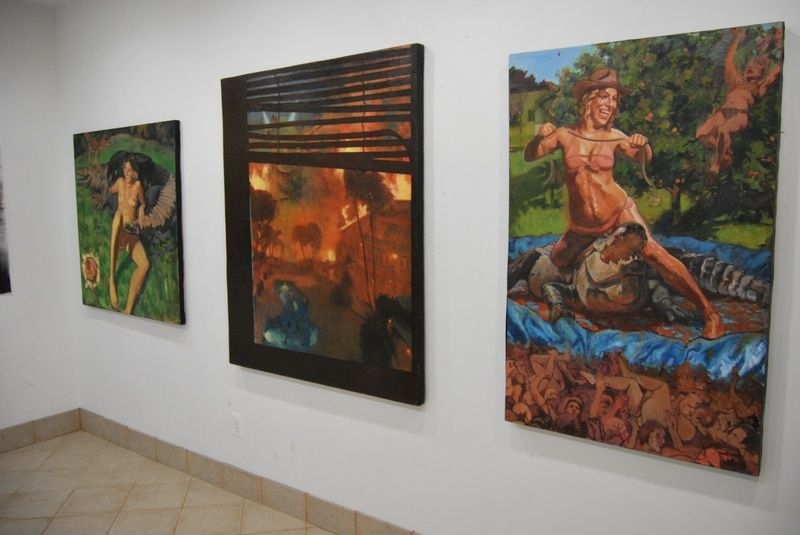 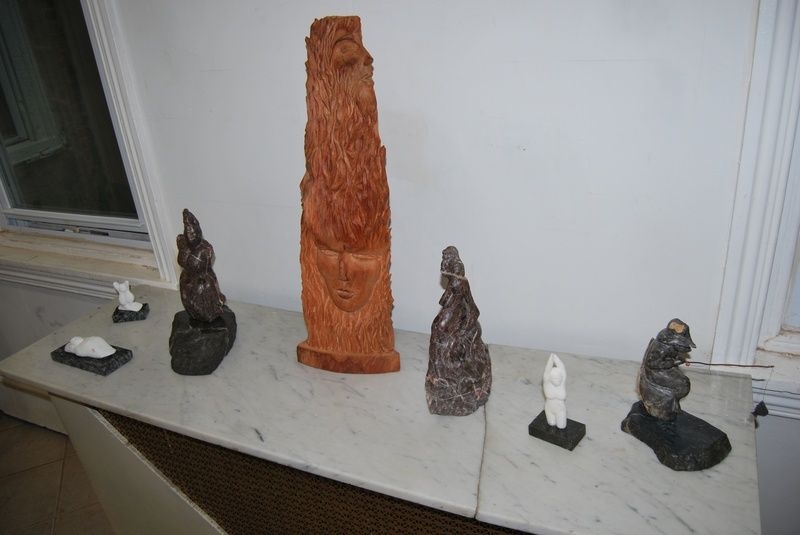 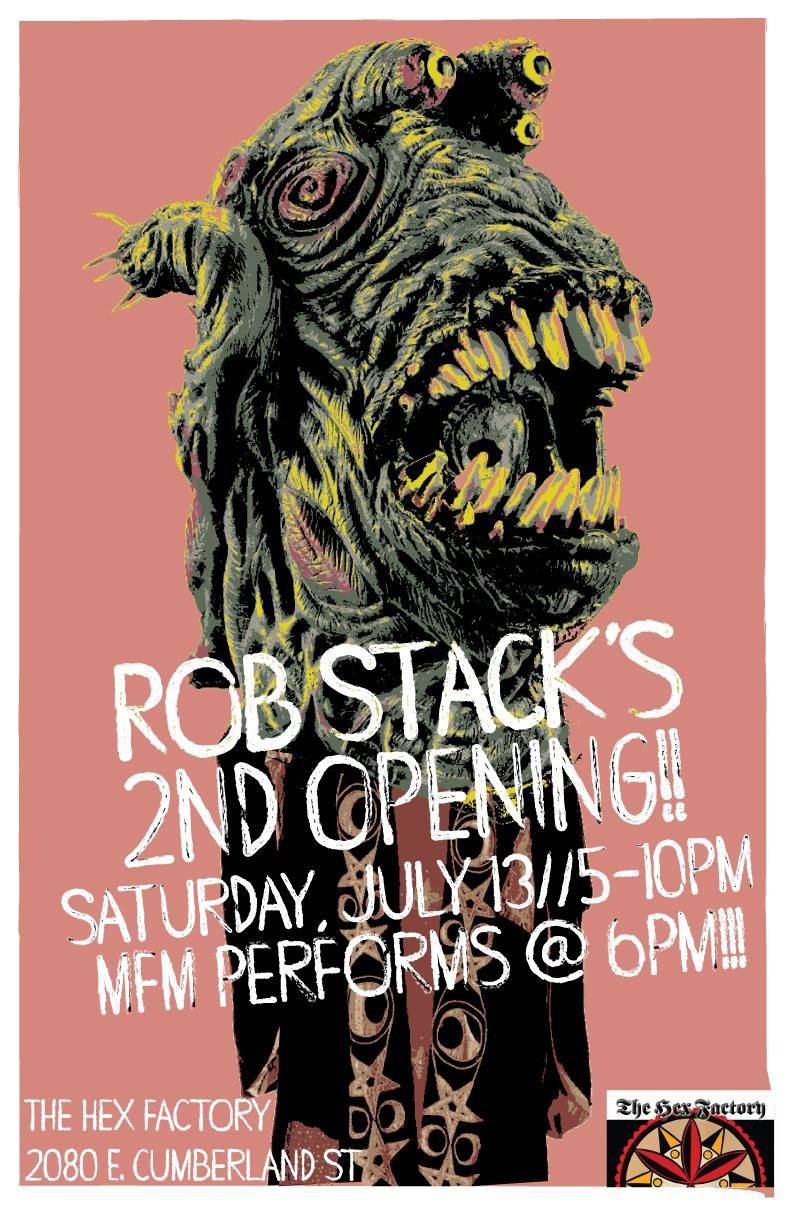